The Razzle Dazzle of CHICAGO

“Will someone PLEASE put David Sabella back on Broadway?! Sabella is a Broadway caliber entertainer… (and) an exceptional cabaret performer!” Michael Barbieri, NYC Nitelife Exchange

“Sabella is a slick storyteller, underscoring the patter throughout to make a seamless show… allowed the piece to transcend cabaret into more one-man show territory. His voice has always been strong and agile… simple, earnest and fabulously phrased….. enough to have you humming Kander and Ebb for days.”

“The best cabaret show I have seen all year…” “A master class in how to do it…” “STOP whatever you are doing and DO NOT MISS THIS!”

“A flagrant display of marvelous talents and music making.”

Steve Ross (The Crown Prince of the New York Cabaret)

“To attend one of his shows is to experience a master class in the art of cabaret. … an evening of shared intimacy and splendid emotional and artistic uplift.”

“thrilling beauty and emotion that it will haunt you for days after… Such magic doesn’t come along often, and it must be celebrated. Bravo to all.” 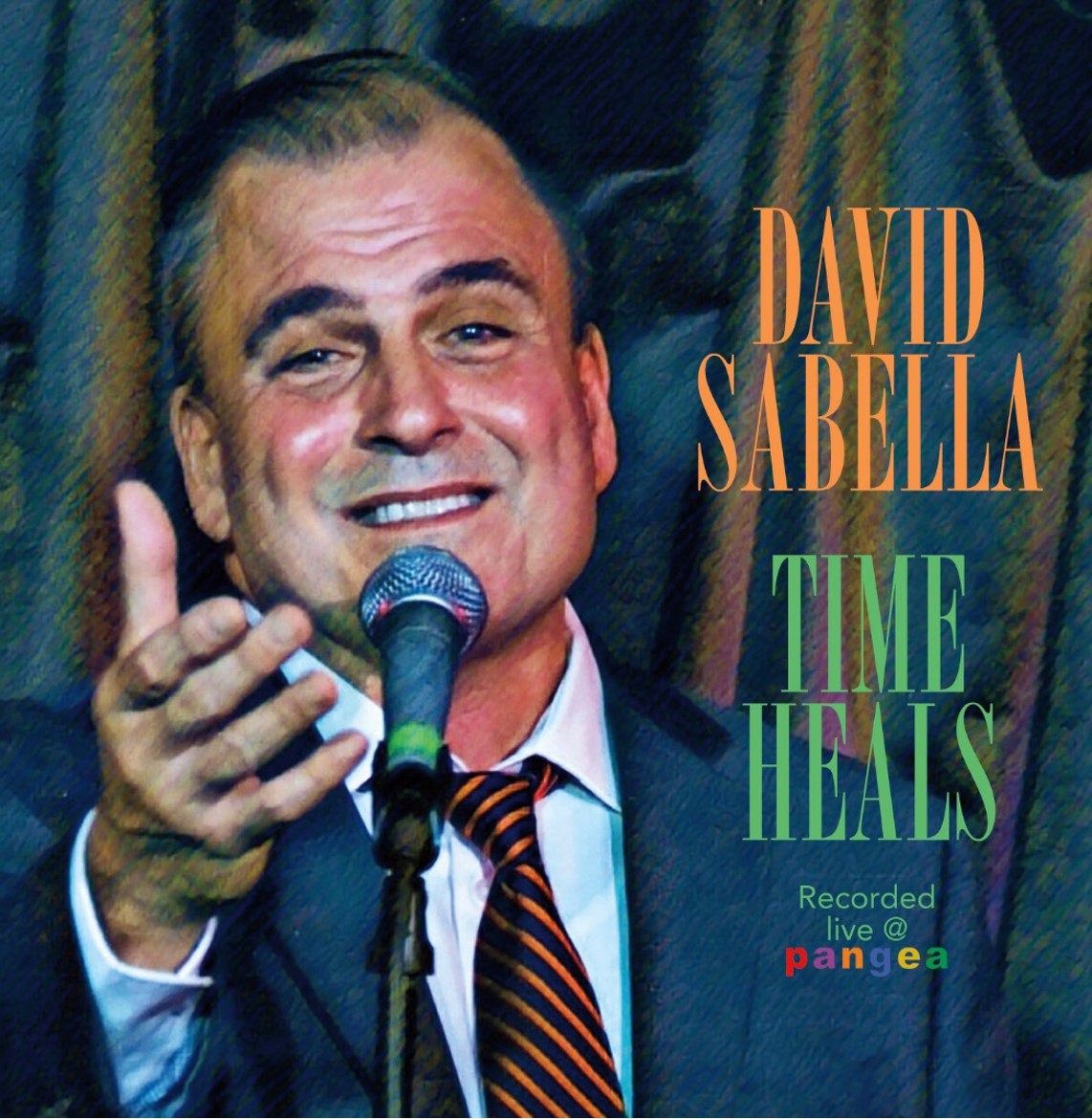 “…major wins at every turn with equally sophisticated treatments of Sondheim, Berlin, Connick and others.” … a show so satisfying that David Sabella could keep doing it for years to come…”

“… major street creds for his decision to deconstruct, reinvent, and repurpose material with shockingly new looks at some Andrew Lippa and Stephen Sondheim, both numbers created with Mr. Hartman.”

“With each note precisely placed, and his phrasing meticulously planned, Mr. Sabella’s vocal work in this show completely validates his reputation as a voice teacher.”

“a very palatable voice, pretty and pristine, and one that he knows how to use, and well… able to sing so quietly as to be whispering, capturing (a) tender and vulnerable quality. Conversely, Sabella is able to bring vocal power that resonates throughout the room without becoming belty, keeping the force close to home so that it doesn’t overwhelm.”

“His multi-octave tenor achieves incredible majesty on sustained notes, with a delicate vibrato and disciplined modulations that testify to his technical excellence.”

“Sabella smoothly modulates his voice to suit the mood and style of the music at hand. His musicianship, like that of his excellent musical director Mark Hartman, is never in question. Their taste is always above reproach.”

…he emerges as an attractive performer with undeniable stage presence. This performer is a risk taker, and that fact lends an air of excitement to his show. By way of example, he takes a chance with an arrangement of “No Moon at All” (Evans/Mann) that is in direct opposition to the way the song is usually performed. And what a revelation! Quiet, delicate, introspective, the song takes on a wondrous new life. …keeps the audience alive with anticipation for each new number, curious and anxious to know what surprise awaits them around the next musical bend. …the show is carefully thought-out and well crafted. There is a sheen to this act that one doesn’t always find in the clubs around town.

Amanda Reckonwith Proved a Stunning Force of Nature in Her Return to the Stage!  …just as fun, vivacious and full of high drama as she ever was, plus in superb voice. Both vocally stunning and humorous… aced it with passion and perfect vocal dynamics and lyric interpretation… wholly combined operatic chops with knee-slapping humor. – Marilyn Lester, NYC NiteLife Exchange

David Sabella and Amanda Reckonwith are a couple made in Heaven. He is a consummate entertainer, and she is his adorable creation. David brings all his experience as an operatic and Broadway singer and loads of comic invention to this outrageous and loveable character – Charles Busch, (actor, playwright, screenwriter, director, drag legend)

So funny I did a spit-take. Musically and dramatically over the top and then so beautifully focused and poignant in the ballads. … for the shear joy of cabaret at it’s best, make a date to see Amanda Reckonwith — Claudine Jellison, (actress/singer)

“…hilarity and technical virtuosity… the encore alone is a three act play that had me gasping for air between belly laughs… great references for opera fans, and plenty of Broadway, and of course FUN CAMP.  Next time Amanda (or David for that matter) is on the bill grab yourself a ticket and have some fun!  Also a very special shout out to the super talented Mark Hartman on the keys who had his own hilarious Victor Borge moment while Amanda changed into something “a little less comfortable” – Jesse Lutrel, (award winning singer/actor)

David Sabella is an award-winning singer and actor. As a male soprano (countertenor) in classical music/opera, Sabella was integral in the formation of the “American tradition” of countertenor voice in the mid 1990’s. Along with colleagues David Daniels, Brian Asawa, and Mark Crayton, Sabella is credited as one of the originators of the “American sound,” and the only one working in the popular music genres of Broadway and Great American Songbook. Sabella is best known for his years on Broadway in the musical CHICAGO, and as an internationally recognized countertenor. In 1995 Sabella made history as a winner of the Luciano Pavarotti International Voice Competition when Maestro Pavarotti, so moved by Sabella’s performance, stopped him before the end of his audition and publicly declared “I don’t have to hear to the end. This is excellent! Not good, excellent!” 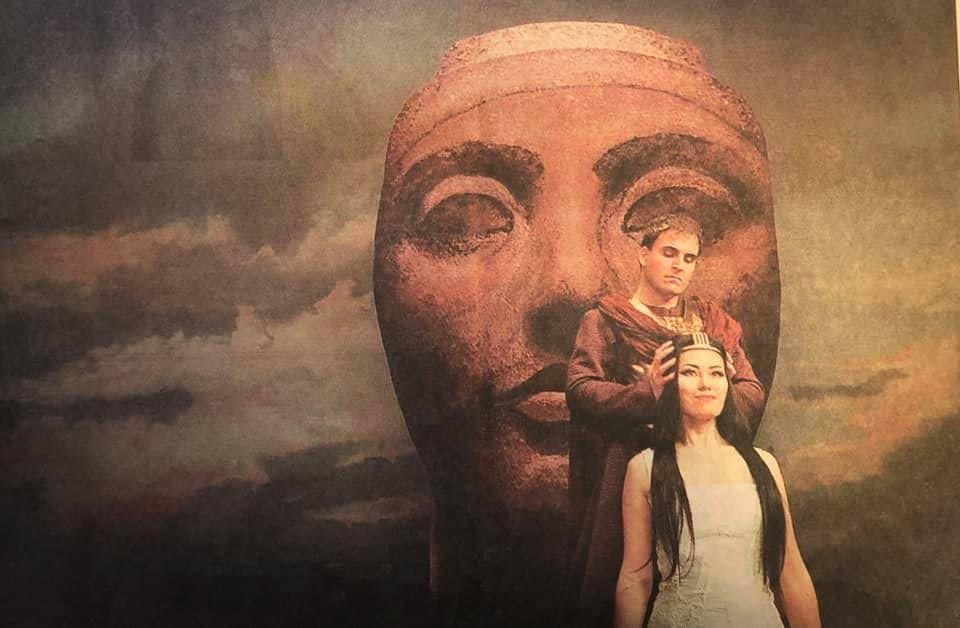 “His coloratura had a liquid flexibility, and he gave thoughtful dynamic shaping to his lines. His emotional approach to the role was particularly suited to the tomb scene in which he mourned the death of Pompey.”
Lee Tepley, Virginian Pilot

“I must single out a special role…David Sabella proved to be a real spirit as the acerbic Prince Orlofsky.”